With the S&P 500 at an all time high and companies reporting 2015 first quarter results that coincide with major league baseball’s opening day,  it’s time to ask as investors, “Is the present bull market in the 7th inning stretch or are we closer to the bottom of the ninth, two outs and S&P 500 at bat ? 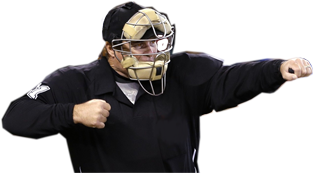 Strike 1. A weakening economy that may see first-quarter gross domestic product grow by less than 1 %.

Strike 2. Deteriorating corporate earnings that could see an annualized profit loss on the S&P 500 for 2015.

According to S&P Capital IQ the S&P 500 is expected to show just 0.3 percent profit growth for the full year and down from an expected 8.6 percent  prediction as recently as Dec. 1.

Most would agree that the S&P 500’s rally off the March 2009 low was, and still is,  largely driven by the extreme easing measures from the Federal Reserve. Should business earnings flatten or modestly decline, as they now  appear to be doing, further stock market gains would prove hard to achieve at best.

Strike 3.  The Federal Reserve is expected to tighten monetary policy at a time when central banks around the world are loosening theirs. This has lead to a strong US dollar.

According to Bank of America the dollar is set for its strongest quarterly strengthening since 1992,  due in large part from  the market’s expectation that the Federal Reserve will increase interest some time in the second half of this year. The US rates being now far higher than those of European nations or Japan will cause the dollar to get stronger as investors buying US bonds a better deal over those offered by other nations.

Time for more investors to be selective before they swing away on their next stock purchase .

Annualized Growth Rates of the S&P500