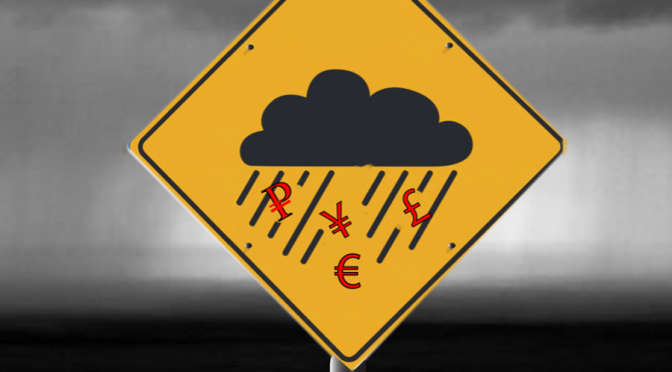 Following the recent actions of the US Federal Reserve and the Central banks of England and Japan, the European Central Bank (ECB) is embarking on its own quantitative easing (QE) path. Starting in March the ECB will purchase 60 billion euro securities per month and continue these purchases until September 2016; for a total of 1.14 trillion euros.

Under a “normal” economic cycle,  QE currency depreciation is expected to increase your exports and make your imports  more expensive. QE depreciation is also expected to benefit domestic companies with increased export sales,  job creation, and lower unemployment. Implicit in QE currency depreciation is the notion that  your currency’s best use is for purchases at home. European investors on the other hand may follow a different notion.  One more guided by maximum return on investment; where ever that may be.

With the 10-year US Treasury  yield higher compared to European countries and a strong US  dollar, it is a “no brainer” that euros will pour into American markets and act as an accelerant to inflated US stock prices.